An attraction for locals and tourists on the north side of the county, the cannery has been inactive all year. 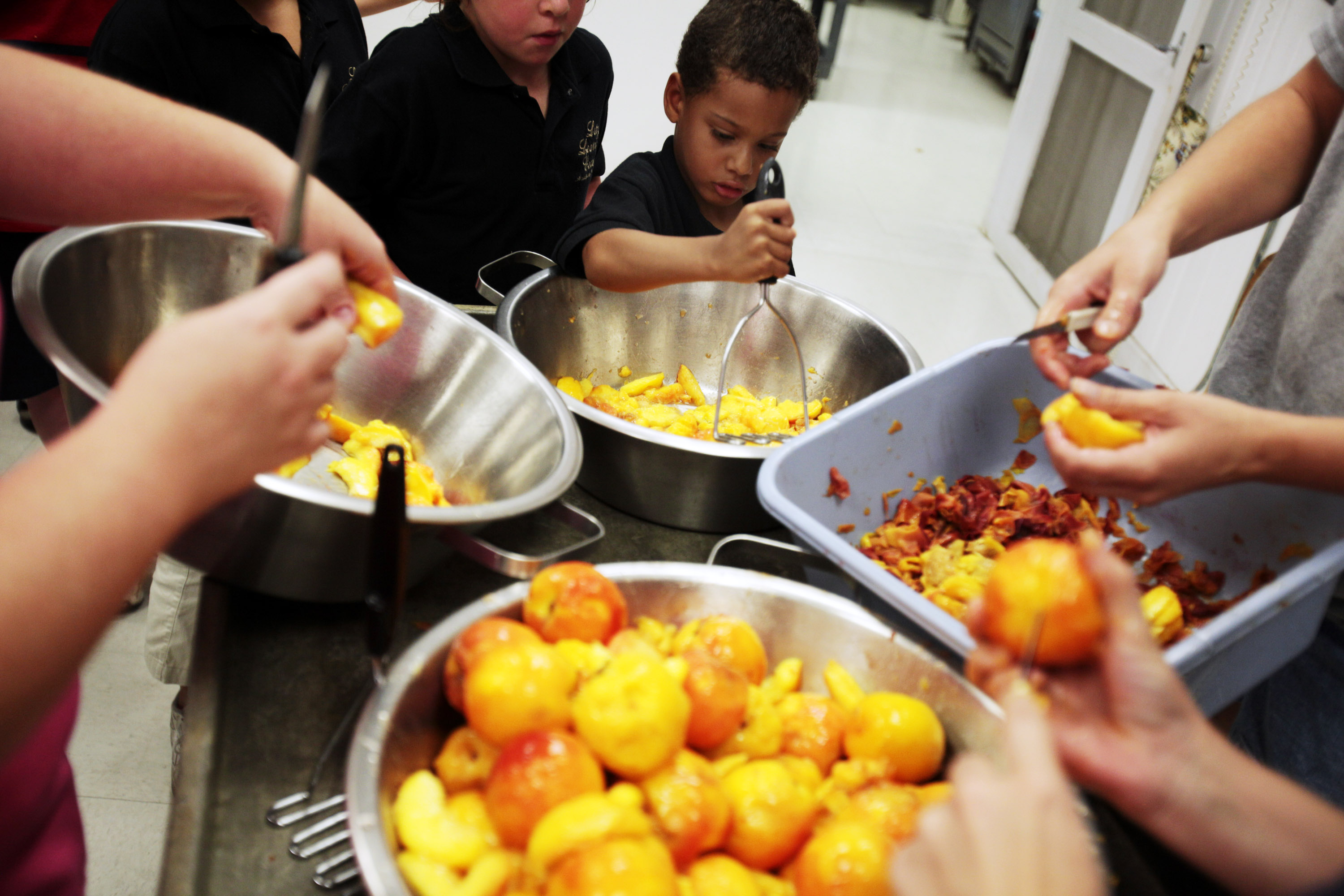 The stout, stone building on Citrus Way began life as a two-room schoolhouse, a New Deal-era project raised in 1941. Over the next 30 years, it was a library and an orphanage. Then it was the cannery, where people processed jams and packed pickles, a popular echo of a rural way of life, even as other parts of Hernando County developed.

For the past several months, Little Rock Cannery has been something else: silent. After enduring regular appearances on the county’s budgetary chopping block, the county-owned facility announced last September that its operator was on medical leave, and it’s been inactive since then.

Action at the cannery could resume soon, though. And one of the people behind the move to reopen it said he believes the site could help make Hernando County a hub of sustainable agriculture and homesteading.

The Hernando County Growers Association has been in talks with the county to take over operations at the cannery, though no deal has been reached yet. Michael DeFelice, the growers association president, said it would be a partnership between the county and the group. The association would continue to run canning and education, but also expand with a commercial kitchen and weekly farmers market, all while acting as a co-op.

“We’re not working for the county,” he said. “We’re not renting from the county. We want it to be side-by-side ... They can turn this into a destination.”

The cannery could reopen under the group’s guidance as soon as October, DeFelice said, though the need to iron out a deal could push it to November.

County Administrator Jeff Rogers said last month that the county will maintain ownership of the building. While the two sides are still sorting out details — like who will pay for which utilities — he’s confident of a deal coming together.

“It’s a great opportunity for the government to support a great organization," he said.

The cannery has in the past been presented as a draw to tourists, and DeFelice said he sees agri-tourism potential in the site. But he also emphasized the social good he sees in it. Its location in the northern part of Hernando County makes it accessible to people who might not otherwise have many options for fresh produce.

“Basically, it’s a food desert,” he said of the area.

The weekly farmers market he envisions there would offer Fresh Access Bucks, a USDA-funded, dollar-matching program for SNAP recipients that’s already present at the Growers Association’s Sunday farmers market in Brooksville, he said. And self-sufficiency education is needed there, too, he said. Otherwise, the closest place is the University of Florida Institute of Food and Agricultural Sciences Extension near the Brooksville-Tampa Bay Regional Airport.

And there’s local economic potential, as DeFelice said the building could house a commercial kitchen for local cottage food businesses. It would take some upgrades and licensing, he said, but much of the equipment is in place. With it, producers of pickles, preserves, breads or desserts could start selling their goods without having to immediately buy or rent their own brick-and-mortar location.

The site also could eventually be a food storage and distribution hub, DeFelice said. That would take hundreds of thousands of dollars, he said, which would mean applying for grants that could take years to receive.

If it doesn’t work out, he said, there could be other places in the county for it. But a hub would provide a huge boost to the area’s farmers, who DeFelice said have the means, but not the infrastructure or demand to grow more produce.

“We have the growers, we have the potential, we have the opportunity,” he said. “But we need the missing link to move it all forward.”

Much of this points back to a rural way of life that DeFelice fears could disappear if development booms and people become too dependent on the modern conveniences of instant coffee or a ready-made sandwich. In the old building, he sees the potential to preserve those ways and introduce them to new audiences.

“All that land, all that lifestyle, all this open space is going to go away” if these ideas are forgotten, he said. “It enables us to decide whether we want the rural part of the county to stay that way.”